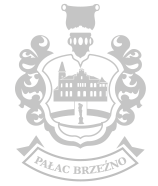 For the first time in European Challenge Tour history there will be two Polish players in the field at this week’s Turkish Airlines Challenge and Adrian Meronk is looking forward to locking horns with good friend and countryman Mateusz Gradecki.

Meronk, 24, will compete on the Challenge Tour this year following a stellar end to 2017 where he finished second in the Ras Al Khaimah 2017 Golf Challenge after losing in a one-hole play-off to Jens Dantorp.

Gradecki is a former Junior World Number One and has ten amateur titles to his name. In 2015, he made history when he became the first Polish golfer to finish in the top 16 of the prestigious Amateur Championship.

And as the pair become the first Poles to line up in a Challenge Tour event outside of their home country, Meronk’s home club Toya G&CC hosted the 2009 DHL Wroclaw Open, both Polish players are looking forward to the healthy competition and camaraderie this week.

“It’s awesome that there’s two of us in the field,” Meronk said.

“I’ve been travelling on my own. I have a couple of friends on the tour but none of them are from Poland so I’m glad Mateusz is here – we can practice together and talk in Polish!

“We grew up playing together and we went to college together in the States so we’ve been competing against each other for quite a bit but we’re also friends. It’s healthy competition.”

“It is really great for golf in Poland,” said Gradecki.

“I won the Turkish Amateur Championship which was staged at this course last year so I am confident that I can give Adrian a good game this week.”

Meronk’s play-off defeat in Ras Al Khaimah was followed by a tie for 11th place at the NBO Golf Classic Grand Final in Oman and he is now hoping to rediscover his end-of-season form after admitting his frustration with his start to this year’s campaign.

“I got into Ras Al Khaimah because of my high ranking and it was my best tournament of the year,” he said.

“I finished second after losing in the play-off and then I played pretty well in Oman as well. I finished 11th and that gave me a full card for this year in a good category.

“I’m happy with my finish last year and I’m very excited for the season ahead. I didn’t start well in Kenya, I played okay in China but I’m still not satisfied with my result so I’m excited for this week.

“It’s a new week with a new opportunity to I’m looking forward to it.”

One of the keys to success at Gloria Golf Club is, according to Meronk, high quality iron shots and the man from Wroclaw in western Poland is determined to stick to his game plan this week as he goes in search of his first Challenge Tour victory.

“I remember last year the scores were pretty low, but if it’s going to blow like it is today then it might be a bit tougher this year. I just want to stick to my plan and play as well as I can.

“You have to hit your irons well on this golf course and obviously putting is important. If you hole enough putts then you’re obviously doing well.

“I just want to focus on hitting good shots, holing good putts and seeing what happens.” 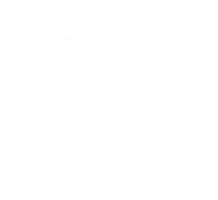